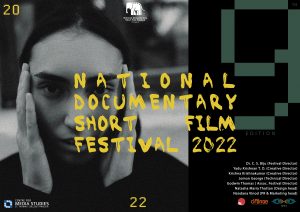 National Documentary Short Film Festival (NDSF) has a unique perspective and understanding of the role of documentaries and short films as alternative visual formats and media. The challenges of radicalizing visual cultural practices politically are one of the thrust of the prestigious National Documentary Short Film Festival. In all realms of conceptualization, production and transmission; documentaries and short films addresses new challenges of technology, aesthetics and visualization.

The National Documentary Short Film Festival invites entries in both categories  for its  2022 edition. The festival will be conducted April, 2022 in Thrissur, Kerala, India.

will only be accepted.

4) Enter the URL of the film in the designated column (URL submission). 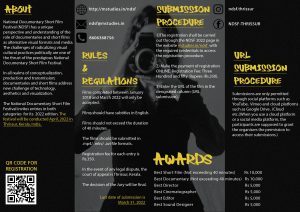