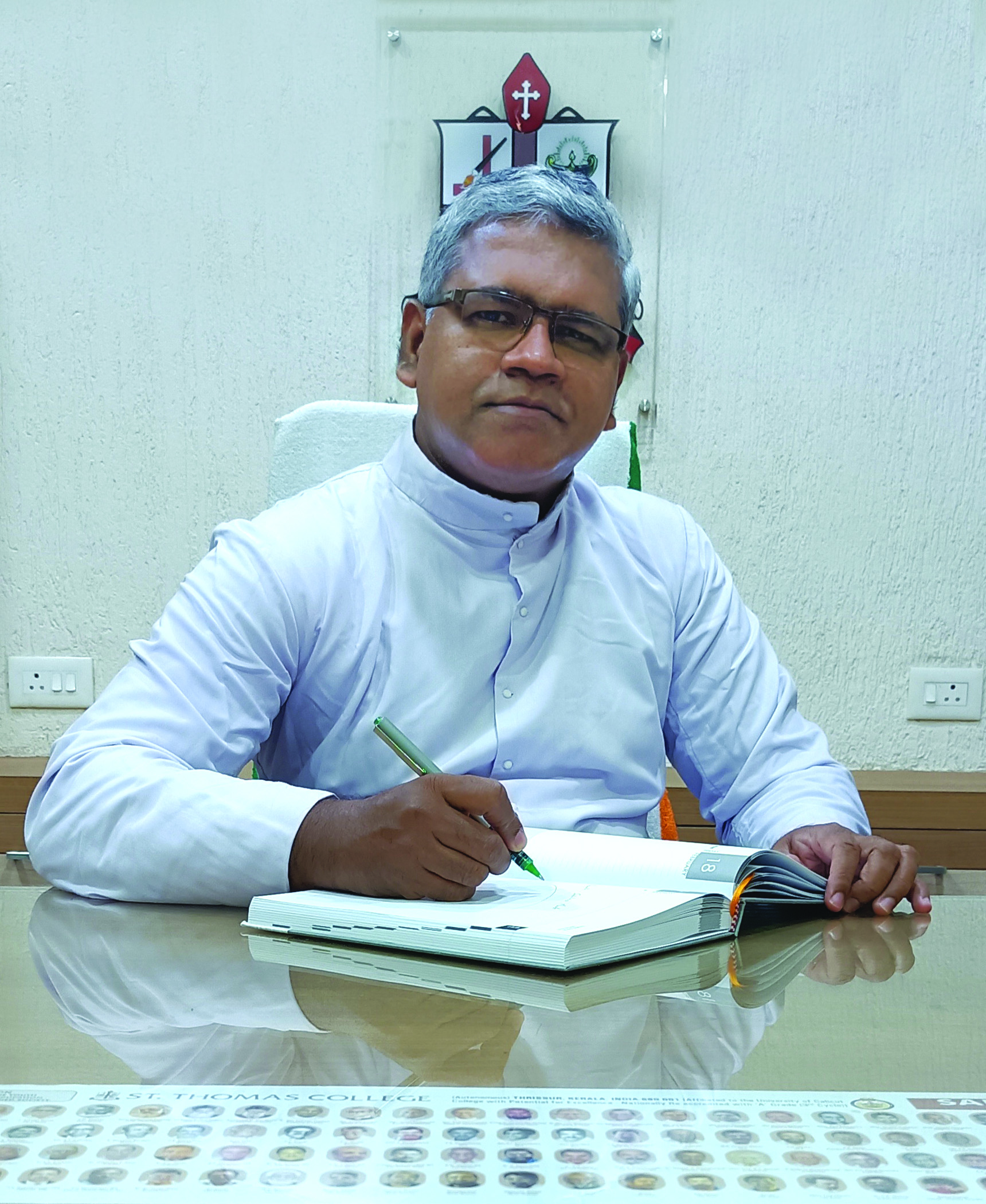 St. Thomas College (Autonomous), Thrissur is one of the leading academic institutions in the higher education sector of Kerala since 1919. It has a long and proud tradition of excellence in training, teaching and research in a number of academic disciplines including Literature, Physics, Chemistry, Botany, Zoology, Statistics, Mathematics, Computer science, Data Science, Forensic Science, Electronics, Economics, Commerce, Psychology, Criminology and Social science. It attracts some of the brightest minds from all over Kerala and from different parts of the country and Asia, and its alumni has made outstanding contributions to academics, governance and industry. The recent NAAC re-accreditation  in 2016 with 3.40 CGPA & ‘A’ grade proves the potential of this institution.  The University Grants Commission has granted Autonomous Status in this year (2014). In 2016 college is recognized as College with Potential for Excellence by UGC. The college was enlisted as one among the 100 Best Colleges in India in the NIRF Ranking for three consecutive years. In NIRF Ranking 2021, the college was placed at 64th Rank nationally. The UGC identified the institution as a NAAC Mentor College under UGC Paramarsh Scheme. The college was funded by the Department of Science & Technology (DBT) under Star College Scheme. The college continues its journey crossing several milestones, carrying out its mission and realizing its vision.